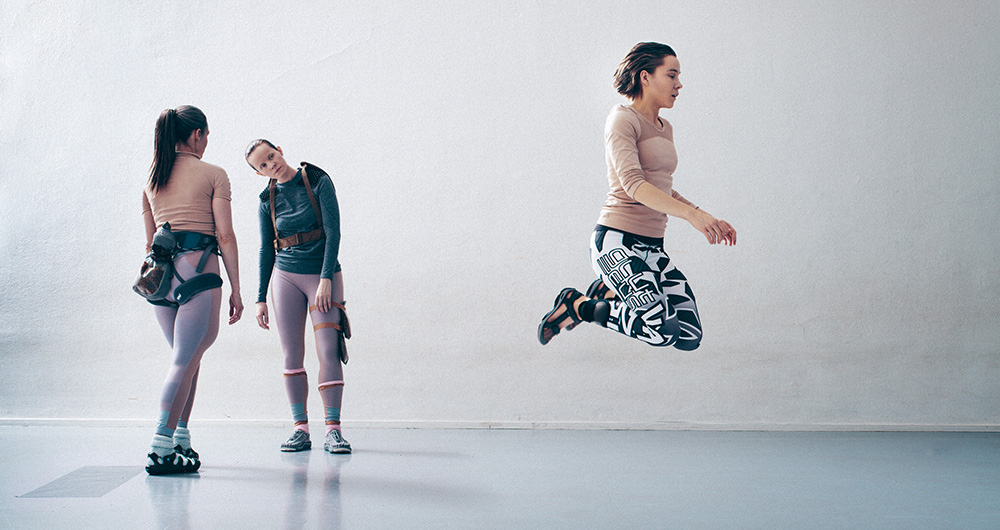 Jump with me! is about three characters that only exists through the jump. Their bodies and manners are sculpted by the jump. Their songs are sung through jumping. In short –the jump is their lifeline.

The jump is a simple movement in its elementary form. It is a movement everyone can relate to and most of us have a relation to; not everyone can jump but everyone knows what a jump is. Jump with me! started from this simplicity of the nature of the jump. With a set of regulations on rhythm and imagination a practice was built which formed the ground from where proximity, negotiation and loneliness appeared.