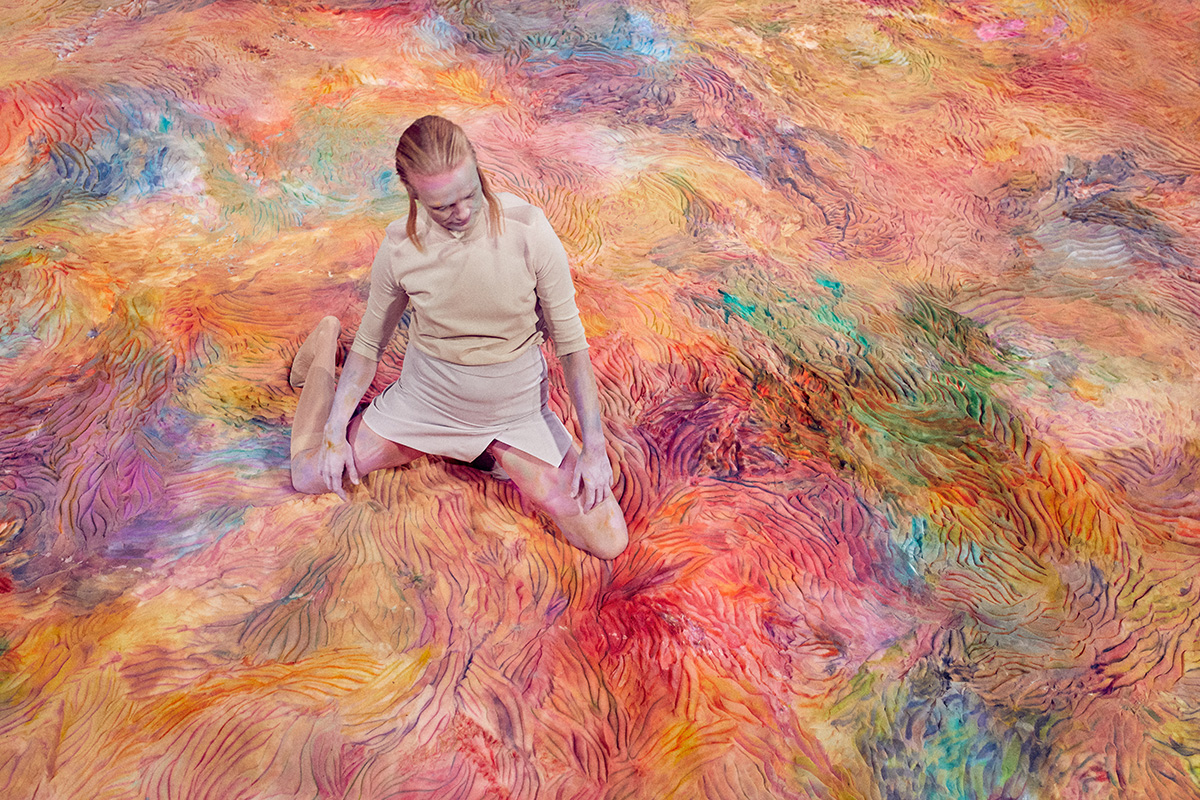 Even if the things happening around you may seem obvious, their effect on your inside is often very different. They take other dimensional scales. A word for instance, can in a social context just pass and disappear, whereas on your inside it can grow enormously and stay there for years. Actions of any sort can have that impact. They can materialize into the complex net of your body's matter.

Rut is both a character and a solo-performance in which external actions and their effect on the body is visualized. Rut’s body grows, it magnifies emotions and ferments to formations that act in various ways. The matter of her body reveals something which is constantly happening, but hard for the naked eye to see. A constant transformation of the body which is not only influenced by our biology but also by language, norms and laws, convert to manners and habits and has a direct material impact on the body. In Rut, this transformation is placed in a time-lapse, blown-up and displayed.